Q: What Do Cat Pee and Governor LePage Have in Common?

A: They’ve both been stinking up my life this month!

First things first: I don’t know where the month of October has gone. Thanks to a handful of writing-intensive projects I’ve been busy working on for one of my jobs, I just haven’t had any brain juice left over to write much of anything here. Plus there has been cat pee. Cat. F’n. Pee.

There we were at the start of October in a clean house: smelling pretty darn fresh considering three cats, two dogs, and two humans are crammed inside. And then, the cat pee came to visit.

Do you want to talk about how awful cat pee smells? I don’t. But I’ll tell you this: it makes that hot blast of subway station air – the kind that smells like Mole People and foot fungus and ancient space heaters – smell like a summer rain. 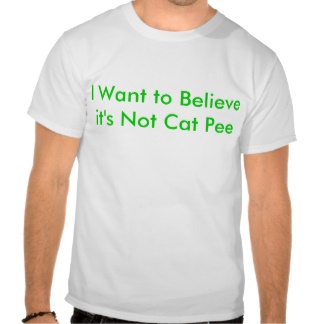 I could never catch any of the cats in the act, but someone was whizzing on the dog beds. I didn’t know who to bring to the vet. Here’s the thing about my cats: for ten years, they’ve never had an argument with the litter box. They’re a well adjusted gang of jerks. They roll hard on litter. So when one of them started stinking up the house, I knew it was because they were sick.

Except all three of the stooges were acting fine. I couldn’t tell who the Rogue Tinkler was, until one day when our cat Penelope (pronounced Pee-na-lopue like cantaloupe) looked me right in the eye and unleashed a river of cat pee at me. There was blood involved. We went to the vet that day and saw the first doctor that was available (a dude we’d never met).

Because Penelope refused to give any of her precious pee to the vet, we got sent home with some special litter and syringes, so I could bring them back a sample for testing. Which is how I found myself the next morning, huddled over a puddle of pee with a needle in my hand. The pee was on a shelf. Not in the litter box with the special litter. Collecting cat pee with a syringe is one of those moments that makes me question the choices I’ve made in my life.

Later that day, the urinalysis revealed that she did not have what we expected: a Urinary Tract Infection. So the vet told us we needed to get an ultrasound to determine if Penelope had one of two types of bladder stones or worse, tumors. I asked him a lot of questions. But he felt sure those were the only two possible options: stones or tumors aka cancer aka my cat is going to die.

Here’s what I learned: the next time the vet sends you to a specialist for a very expensive test, ask them these questions:

Because it turns out, hundreds of dollars I didn’t have later, that Penelope had cystitis, which is basically an inflamed bladder. No stones. No tumors. The treatment was a $5 prescription for Amoxicillin.

The specialist told me that the initial vet we saw probably didn’t think it could be cystitis because Penelope is 10 years old and cystitis usually presents in cats under 10 years old. The specialist suspected it was cystitis (even before she did the ultrasound!) because her 10 year old cat had recently had it too. So she knew that although it wasn’t probable for a 10 year old cat, cystitis was certainly possible.

She was right: One day (of a ten day run) of antibiotics and Penelope went back to normal, peeing in the box, ever since. Woo.

That’s a $400 lesson folks. Yours at the low low cost of reading this blog and imagining me in my pajamas sucking up cat pee in a syringe. You’re welcome. Now excuse me while I go back to doing three hundred loads of laundry and scrubbing every surface of my house. Cat pee. Blech.

Also in October: Governor LePage can go clean a litter box, if you know what I mean. This month I logged into my Amazon affiliate store to add some cool products to share with you (to help me pay off my cat’s ultrasound bill) and found out it had been shut down.

Turns out my super pro-business Governor (and the genius behind the “tiny beard” fashion trend for women) passed some Interwebz tax legislation this summer and now he and Amazon are in some sort of pissing contest, with me and my fellow Mainers in the cross-stream. 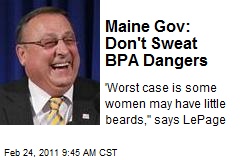 We’re writing from the Amazon Associates Program to notify you that your Associates account will be closed and your Amazon Services LLC Associates Program Operating Agreement will be terminated effective October 6, 2013. This is a direct result of the unconstitutional Maine state tax collection legislation passed by the state legislature and signed by Governor LePage on June 5, 2013, with an effective date of October 9, 2013. As a result, we will no longer pay any advertising fees for customers referred to an Amazon Site after October 6, nor will we accept new applications for the Associates Program from Maine residents.

While we oppose this unconstitutional state legislation, we strongly support the federal Marketplace Fairness Act now pending before Congress. Congressional legislation is the only way to create a simplified, constitutional framework to resolve interstate sales tax issues and it would allow us to re-open our Associates program to Maine residents.

We thank you for being part of the Amazon Associates Program, and look forward to re-opening our program when Congress passes the Marketplace Fairness Act.

So the point of this is to tell you that while my Amazon store still exists (for now), I no longer make any commission on the products you buy through the store. I wasn’t exactly making Crystal, Maybach, Diamonds on your timepiece, Jet planes, Islands, Tigers on a gold leash money from my affiliate store, but I made enough to buy a book here and there. Now it’s nada.

Just figured I should tell you guys in case any of you (MOM) were nice enough to purposely shop in my store to help support my reading-habit.

Last up this month: I went to the No More Homeless Pets conference the other week in Jacksonville, Florida. I attended a couple of excellent presentations on stress reduction and compassion fatigue. More on that later.  All I’ll say about the conference right now was that the theme for the weekend was “Save Them All.” Someone awesome, who shall remain nameless, pointed out that this rallying cry sounds an awful lot like “Save the Mall” when you say it out loud.

So I spent the conference imagining that me, Jay, and Silent Bob were leading a campaign to save one of our many New Jersey state treasures. Save the Mall! 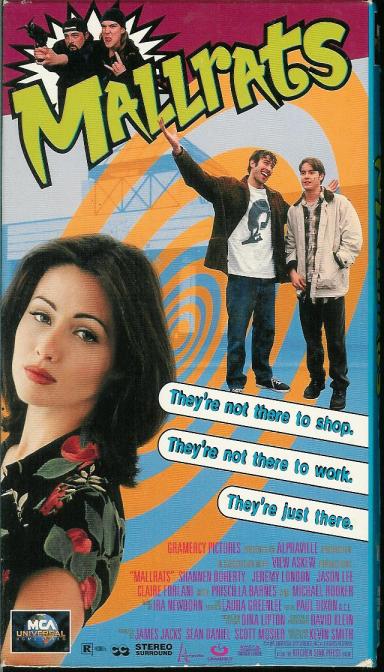 proud to be a native of Dirty Jerz.

And that’s all there is to say about October.