It’s Not How They’re Raised, It’s How Dogs are Managed That Matters Most

How many times have you heard someone say about a dog, “It’s all how they’re raised”?  Probably a lot. If you own a pit bull dog, probably a lot more.

I hear pit bull advocates saying it all the time, as a way to defend our dogs. I hear other saying it as a flippant remark about dogs in general.  This phrase gets tossed around all the time, but no one seems to be aware of what they’re really saying….and how damaging it can be.

This saying does have a kernel of truth  in it, of course, but “how they’re raised” is just one of the factors that contributes to who our dogs are. It’s not the whole story.

When people believe that “It’s All How They’re Raised”, there are some real-life consequences for the dogs. So we need to check ourselves.

Here are a few ways our words hurt:

People refuse to adopt adult dogs. This idea, that how they’re raised determines who a dog is, makes adopting out adult and senior dogs a real challenge. Why would adopters take a chance on an adult dog, who has been raised by someone else, when they could adopt a puppy and raise it “right” themselves? Some folks really believe this. Seriously, shelter workers are constantly confronted by this way of thinking. It stinks.

Shelters won’t place victims of cruelty up for adoption. If a dog has survived an abusive or neglectful situation, such as dog fighting, animal hoarding, puppy mills, etc., then it is known they were “raised wrong”. Some organizations use this as proof that the dogs aren’t safe or fit to be adopted out.The same thing goes for dogs that are suspected of surviving these situations. If the assumption is made that a dog with cropped ears has been fought, that assumption of their past may wind up costing the dog his life if policies dictate that fight bust dogs are not adoptable because they were obviously “raised wrong.”

Responsible dog owners feel like failures. People who have raised their dogs since puppyhood beat themselves up when they’ve done everything right, but despite their very best efforts, their dogs still have behavioral issues. I hear from a lot of you through DINOS because you feel ashamed and guilty about your dog’s issues, despite having raised your dogs right. Let me just say it now: it’s not all how a dog is raised that matters. You guys have to stop beating yourselves up (even if you’re a dog trainer).

Here’s the reality – dogs are who they are due to many factors: training, breeding, socialization, management, genetics, and environment. All of these things influence who our dogs are.

A dog’s past is a chapter, but it’s never the whole story. Let me show you:

Some dogs, neglected and abused their entire lives, are well-adjusted, social dogs. Anyone who has worked in rescue has met countless dogs who were not raised in the best circumstances, but despite this lack of early socialization or care (or worse) they turn out to be safe, family dogs. Many of us share our homes with dogs that were raised in less than ideal conditions, but are still wonderful pets.

One example of this scenario are the dogs rescued from fight busts or hoarding situations. Despite terrible beginnings, many of these victims of cruelty are ready to leave the past behind and enjoy family life. They may need training and structure to get used to living with a family in a house (what dog doesn’t?), but some of them are able to adjust to family life with relative ease. Their past didn’t help them do this, you dig? 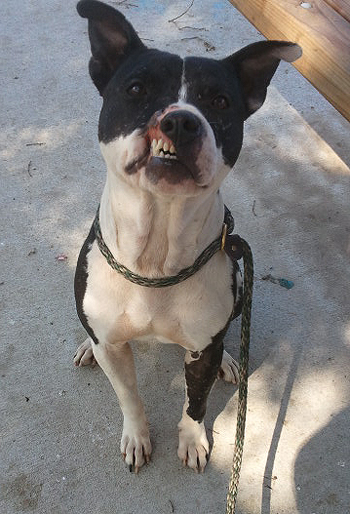 Meet Jagger, the handsomest dog on earth! Visit his Facebook page to meet this sweet boy.

Some dogs, purchased from responsible breeders and socialized properly from puppyhood, still wind up with behavioral problems. Many responsible dog owners, who have raised their dogs since they were puppies and did everything right, still find themselves with dogs who have a variety of behavioral issues. These dogs were “raised right”, but are still struggling, sometimes due to genetics.

One example of this is illustrated in an article written by a dog trainer who shared her problems with her own dog. Despite her very best professional efforts to train and socialize him, aka raise him right, he has significant behavior issues which may be caused by a medical condition. It’s not how he was raised that’s causing the problem. Read it here. 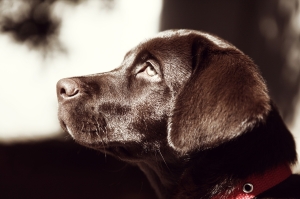 Puppies. It’s not just how you raise them.

In both of these cases, the common denominator that is actually determining the success of these dogs as family pets and their safety in the community isn’t how the dogs were raised: it’s responsible management.

Whether they were raised “right” or raised “wrong” in the past, no matter what behavioral problems a dog does or doesn’t have, when owners recognize their dog’s individual needs and provide them the right care and management tools, dogs have a chance to succeed in our crazy world.

So, it’s not “how they’re raised” (what happened in the past) but rather, “how they’re managed” (what’s happening in the present) that needs to be our focus, if our goal is to help our dogs and  also create safe communities for us all to enjoy.

We can look to their past for clues and guidance, of course. I don’t mean ignore it all together. But we do more for our dogs when we look at them right now, without the haze of a bad (or good) past fogging up our thoughts.  Who are they right now? What do they need to succeed today?

Whoever they are, dogs always exists and act in the context of human beings. They don’t live in a vacuum. They live with us. We need to recognize dogs as individuals, then determine what they need from us in order to succeed in the world.

What this means is that when dogs are properly managed by a human, a dog with or without behavior problems has the opportunity to be a safe, family dog. Dogs may need a variety of management tools, depending on what behavioral issues (if any) they have.  Beyond training, various management tools might include: space management (crates, gates, etc.), muzzles, leashes, fences, proper supervision, etc. I’d also include medication in this category, if it’s necessary. When these tools are used, owners are setting dogs up to be successful.

This also means that any dog that is not managed properly can be a nuisance to the community or a danger to others. We see this often in the case of dogs that are running loose in neighborhoods. The dogs may be friendly (or not), but by allowing them to roam the streets or chase other dogs, their owners are setting these dogs up to get into trouble. They are not managing them. They are setting them up to fail.

side note:  This is why I’m such a stickler for obeying leash laws. It’s a management tool.  I just wish the laws were enforced. 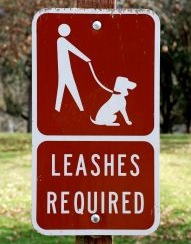 I think that dogs are only as successful and safe as humans set them up to be – no matter what their past may be. When a dog gets in trouble or acts dangerously, somewhere along the line, a person has failed to make the right choice. But that’s not the same as “how they were raised”.

How they’re raised may be one factor that influences dogs, but it doesn’t determine the whole being of a dog. Perpetuating this idea only winds up hurting dogs with less than perfect pasts and shaming people who own dogs they’ve had since puppyhood.

The truth is that it’s how we currently manage dogs that determines how any dog interacts with the world. When we focus on managing them in the present, based on their individual needs, we can set dogs up for success despite what may have happened to them in the past.

So can we trash “its all how they’re raised” once and for all? It’s such a drag for dogs and their owners.

Let’s replace it with the truth:

It’s all how they’re managed. Dogs are only as successful as we set them up to be.