The DINOS Message or All Jacuzzis are Hot Tubs, but Not All Hot Tubs are Jacuzzis*

One of the very cool, and truly unexpected, things about DINOS is how crazy popular the term DINOS has become in the last 10 months. When I was sitting at my desk last year, totally annoyed after a difficult dog walk, and coined the term DINOS/Dogs in Need of Space, it never occurred to me in a million years that DINOS would become a commonly used term to describe dogs.

In particular, DINOS has come to be synonymous with “reactive”, and since I work and live with reactive dogs, that’s pretty ok with me, most of the time. I love that having a term, other than reactive, helps dog owners feel better about their dogs (and themselves). Trainers have told me that talking to owners about DINOS is a way to break the ice about reactivity, without freaking their clients out. Most of all, I love that being a DINOS means you have a team now. You’re not alone if you have a reactive dog: there are so many of us we could stage a DINOS-only Olympics. We would, of course, need a lot of space.

As the term becomes more popular, as it spreads from country to country, I’m starting to see how various animal welfare groups, writers, and other organizations are relaying, repackaging, and relating the DINOS message. It’s very exciting stuff, but it occurred to me that it might be time to have a little pow wow about communication, messaging, and language choices because if we want the dog-owning public to understand and respect our DINOS wishes, we need to consider our messaging.

(p.s. this is aimed at groups or writers who are speaking on behalf of ALL DINOS – not so much about individuals talking about their own dogs.) 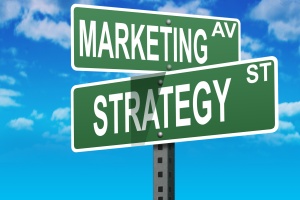 So, let’s get clear on one big thing:

All reactive dogs are DINOS, but not all DINOS are reactive.

Understanding this will help us to spread the message more effectively.

-They are recovering from surgery

-They are learning how to politely greet other dogs

-They are service dogs

-They are afraid of people

-They are blind or deaf

-They have a medical condition

Now let me ask you guys something: If you were a MDIF, someone likely to let your dog run up, on leash or off, to an unfamilar dog, which dog would make you more sympathetic, and therefore more likely to listen to the DINOS  message:

A dog that is reactive and needs space to stay calm

A service dog who needs space to do her job properly

Now, I know all you DINOS owners will say that it doesn’t matter what the reason is for a dog to need space. They need it and they should get it. Indeed, you are correct!  But being right is rarely the most effective way of changing other people’s behaviors (think: dieting, smoking, wearing jeggings).  If we want to reach the most amount of people with the message that many dogs need and deserve space, we should consider how we market our plea for space.

old, injured, one-legged service dog with epilepsy = give that poor baby some space!

This dog clearly needs our help!

Ok, maybe one nice lady will have sympathy for the reactive dog, but how many of you have been told, usually be some dude who’s screaming in your face, that if your reactive dog needs space, you “shouldn’t be out in public with that nasty dog” or “It’s not my problem.” Or we get cursed at and told, “Train your dog!”

People who have never lived with a reactive dog just don’t get it.  But they’re the ones who need to hear our message the most. Which is tough, because they have very little sympathy for our dogs.

As far as they’re concerned, if our dogs are so “bad”, then we don’t have a right to walk them in public. Lost of folks believe that a friendly dog should have the right to go up to any dog it sees. If the other dog doesn’t like it, then they have the problem and shouldn’t be allowed out of the house.

So how do we reach these people – the ones we’re really hoping will hear the DINOS message?  We need to make DINOS sympathetic and more relatable. We need to make sure that the world hears that a dog can be a DINOS for lots of reasons. Many of which are no one’s fault, have nothing to do with training or behavior issues, could happen to them even, and therefore, these dogs have the “right” to be out in public and have space.

Now, don’t get me wrong, this isn’t some sort of attempt to shove reactive dogs into the closet or deny that some DINOS are dog-aggressive.  This is about how to get our message heard by the largest number of people and move them to change their deeply ingrained beliefs and behaviors.

Because if a lot of people get the message, reactive dogs will reap the benefits. It won’t matter to Boogie if someone gives him space because they understand reactivity or if they’re just being polite because they now understand that dogs needs space for lots of different reasons.

Here’s the thing: I don’t think the average dog owner is at all interested in learning about what reactivity is or how it works. Trying to explain DINOS by focusing on teaching the world about reactive dogs is a sure way to lose a sizable chunk of our audience.

On the other hand, if I tell people that Birdie’s back is really sore and she’ll snap at a strange dog who jumps on her: they get it. They’re nice people and they don’t want my old dog to get hurt. Maybe they had an old dog once or are saddened when they think about their own dog aging. If I say the message right, they might even remember what I told them the next time they’re out walking their dog.

I’m old and my back hurts. What’s so hard to understand about that?

So, if you’re like me and you’re trying to get as many people as possible to understand that some dogs needs space, leading with reactivity isn’t the way to go.

If we lead with the message that some dogs are “damaged” or traumatized or have “issues” or something else considered negative, DINOS will likely become synonymous with “dangerous” or “bad” and then, trust me, no one will give a turd about respecting our dog’s needs. They’ll just want our dogs banned/muzzled/etc.

So for everyone out there spreading the message that dogs need space, I’m asking you to consider your words, your messaging, and your approach to relaying this idea to the general public. In order for the message to be effectively heard, we need to capture the public’s sympathy and help them understand that many dogs are DINOS (or will one day become DINOS), and since you can’t always tell just by looking at them, it’s best to give ALL dogs some space.

So go forth, spread the message that there are Dogs in Need of Space. Tell the world that DINOS are GOOD dogs. And don’t hesitate to throw in that reactivity is common and pretty normal. But always remember who your audience is and try to tailor the message to them.

The more people who understand and respect that many dogs need space, the more all dogs will benefit, reactive dogs included.

**Why yes this is a Big Bang Theory reference. Bazinga!

Tags: DINOS
From: DINOS, people problems
← Yellow, But Not Mellow
The Map in My Heart →
26 Comments